Esther Arunga and the scandal that never was

My initial reactions to this case was much different but then i realized we are already judging based on what?? Why is this a controversy in the first place?

Is it because Esther Arunga left her place and start living in Hellon’s house, the last time i checked, Kenya was a democratic country with freedom of association, movement. Yes you live anywhere, anytime, whenever you want, so why not her? Even without changing the constitution, the current one provides the Right to personal liberty. Plus she is 30, yes 30 and people want to dictate where she should be living 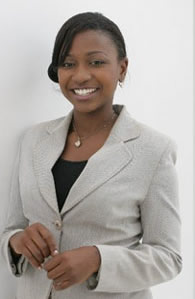 Is it because she canceled her wedding? Again i thought people are allowed to be with whoever they want to be with, I mean when did Kenyans start arranging who should marry who. Well i know that one where? parents used to arrange for the marriages but that is long gone now.? If the lady felt whoever she was wedding was/is not the right person then? she perfectly has the right to say no than regret it later.

Is it because Finger of God Church allows people to take alcohol and a bit of partying? Wow, now some people would start pretending that they are not drinking alcohol. Majority of people i know go to church and drink on Fridays. So what is the problem here, at least the church is allowing people to be themselves without pretending. Go to Mathew 11.9 :

The Son of Man, on the other hand, feasts and drinks, and you say, ‘He’s a glutton and a drunkard, and a friend of tax collectors and other sinners!’ But wisdom is shown to be right by its results.”

So Jesus used to drink? yeah,? those who want to deny this should ask themselves why would people say he was a drunkard if he was not taking some form of alcohol?

Is it because it rumorred that Esther had an affair with one Quincy Zuma or whatever the guy is? So who does not have some skeleton on their closet. I am not saying such should be condoned but i am always amazed how people react whenever there is a scandal involving a public figure. According to the bible

8:1 but Jesus went to the Mount of Olives. 2 Early in the morning he came again to the temple. All the people came to him, and he sat down and taught them. 3 The scribes and the Pharisees brought a woman who had been caught in adultery, and placing her in the midst 4 they said to him, ?Teacher, this woman has been caught in the act of adultery. 5 Now in the Law Moses commanded us to stone such women. So what do you say?? 6 This they said to test him, that they might have some charge to bring against him. Jesus bent down and wrote with his finger on the ground. 7 And as they continued to ask him, he stood up and said to them, ?Let him who is without sin among you be the first to throw a stone at her.? 8 And once more he bent down and wrote on the ground. 9 But when they heard it, they went away one by one, beginning with the older ones, and Jesus was left alone with the woman standing before him. 10 Jesus stood up and said to her, ?Woman, where are they? Has no one condemned you?? 11 She said, ?No one, Lord.? And Jesus said, ?Neither do I condemn you; go, and from now on sin no more.?]]

Is it because she resigned from her job in KTN?? If that is the case then this is a misplaced one, being a news caster might be interesting on the eyes of the public but who said she was not tired of it. ? The lady is an advocate of high court in Kenya, and when she says that she has a better opportunity somewhere else, then we better believe her “I was reachable, how did John Muchiri reach me, i was reachable. It is a disgusting journalism”? that is Esther reacting to the media. I read the story by? Charles Otieno of Standard? and oh boy, that is somehow vindictive and not professional at all. The lady resigned and the management accepted her resignation why don’t you leave her alone. Unless we are now saying we have never seen people breaking up in a relationship or marriage.? We never seen people hosting and living with friends and relatives and even strangers. Or never heard of? scandals? in the church. Really?

Social media and bloggers have had a field day on this, I wish the same passion should have been used to castigate the people who have stolen funds for Free Primary Education and maize

When come to this one be afraid, but we can’t immediately conclude that Finger of God is a cult. According to Wikipedia:

While most scholars no longer refer to any new religious movements as cults, some sociologists still favor retaining the term as it was used in church-sect typologies. For this value-neutral use of the term, please refer tonew religious movements . Other scholars and non-academic researchers who use the term do so from explicitly critical perspectives which focus on the relationship between cult groups and the individual people who join them. These perspectives share the assumption that some form of coercive persuasion ormind control is used to recruit and maintain members by suppressing their ability to reason, think critically, and make choices in their own best interest. However, most social scientists believe that mind control theories have no scientific merit in relation to religious movements.